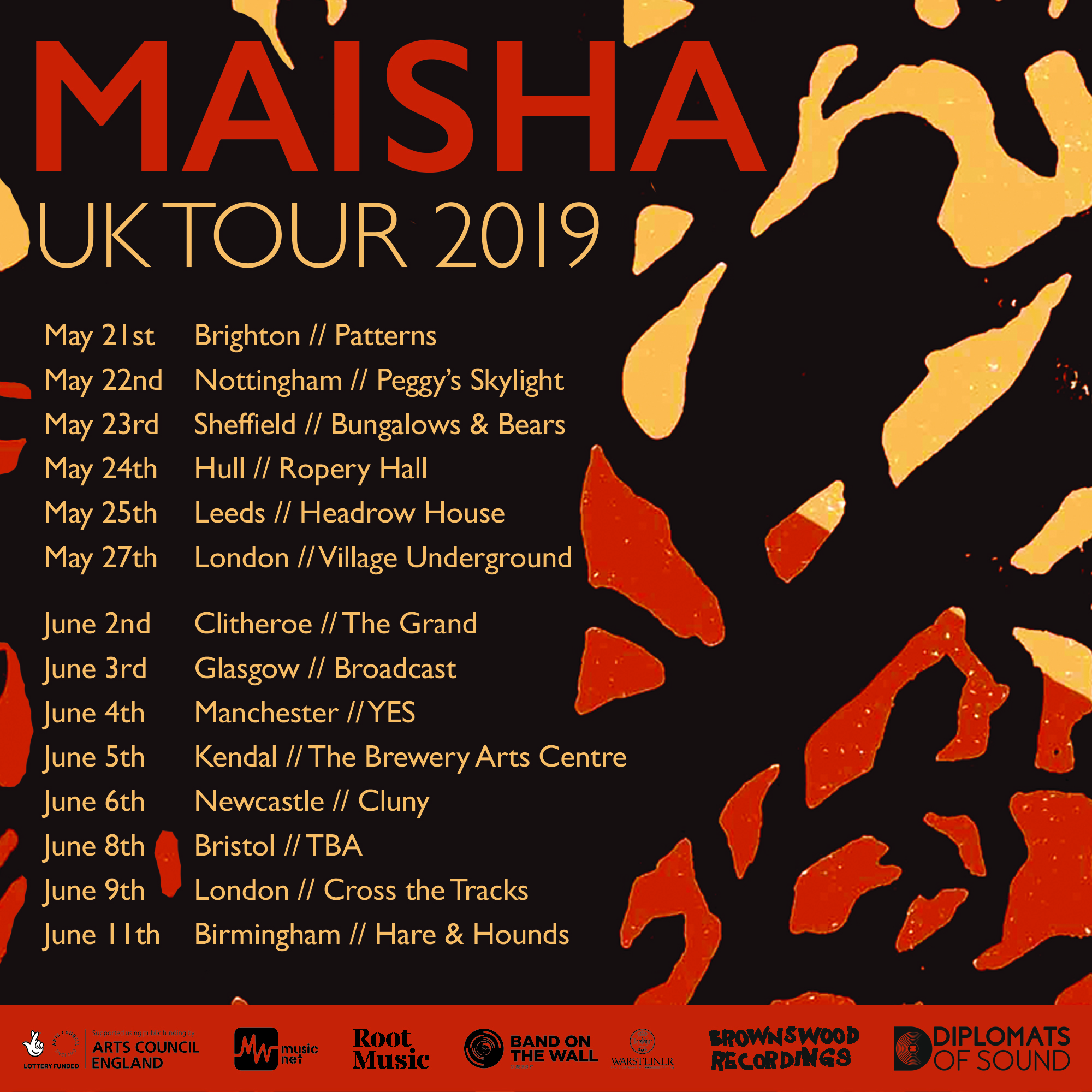 Spiritual jazz is a tradition that’s leaden with its own traditions, histories and stories. Maisha carve out out their own style through that weight of expectation: they take stock of that history, channelling the greats like Pharoah Sanders, while filtering their own influences – which range from jazz to Afrobeat – through every part of their musical process. It’s a sound which rests on trance-inducing rhythms, instinctive musical interchange and repeated, deeply enriching melodic refrains. It’s a combination which has made for their own singular sound.

The six-piece group, led by bandleader Jake Long, bring a fresh slant to the weighty spiritual jazz tradition. Their 2016 debut EP was released through Jazz Re:freshed (whose weekly shows and record label are an institution for forward-thinking jazz), and were part of We Out Here, Brownswood’s early 2018 record which documented London’s genre-bending, jazz-influenced underground. They’ve been featured on Boiler Room, supported the Sun Ra Arkestra, and played at Church of Sound, a live series that’s quickly become a staple of the emergent scene.

Now armed with Maisha’s Debut Album ‘There Is a Place” released 9th November on Brownswood Recordings, Maisha are ready to bring their own style of Spiritual Jazz to the whole of the UK.

This error message is only visible to WordPress admins